Winter hits, and all the sudden I have zero desire to eat salad anymore. A food I so enjoy during those warmer months, just doesn’t have the same appeal as a huge bowl of soup the second it starts to get cold out. As much as I would love to live off of soup alone for the months on end of snow, I realize that isn’t realistic, and will also at some point get boring.

To get around my winter salad aversion, I came up with a few heartier salads that have more of a comfort food vibe than a summer salad. These options use seasonal produce and even have some cooked components to give them a warmer feeling. The two recipes below are my go to’s for holidays and family gatherings in the winter as well, especially when I’m looking for a side dish packed with flavour, vitamins & nutrients.

Both salads also pair well topped with oven roasted chicken or salmon if you’re looking to add some additional protein. 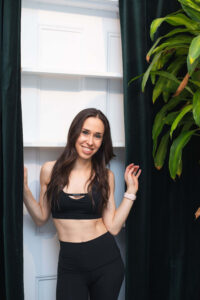